I evade many many things and the last parry chance does not seem to ever reduce on my weapon after many evades. I am not sure if this diminishing returns is working or am i misunderstanding?" 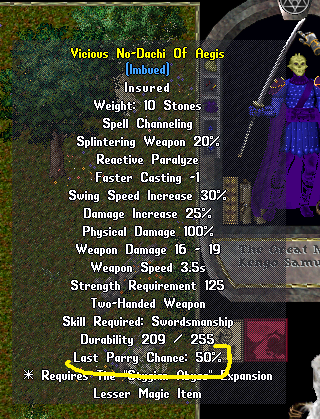 Posts on this account have been pre filtered from personal comment or opinion in an effort to suppress conservative views in order to protect the reader.
Untitled.png 134K