Vladimir Posts: 41
December 2019 in General Discussions
Dear @Mesanna and @Bleak and @Kyronix.
We already asked you Devs 1000000X to PLS fix this problem and yesterday was a perfect example on that happened on Atlantic Shard and someone LOST his Keep because of the things that the Devs NEVER fixed.

Long time ago we asked the devs to pls fix the "corpses" that prevent houses to be placed in Felucca and Trammel, we all know if you kill a troll or ogre or any other animal, monster oe even Players in fel, their bodies/corpses will BLOCK house placement, this was addressed many time to the devs and they said they would fix, guess what , still not fixed.

another thing that was urgent addressed was the Old Crate or boxes with stuck objects inside that people bring to Lunas, Castles and keeps and chop those boxes to block the area and only few small houses can be placed instead.

this is 1 example that just happened couple weeks ago when on Atlantic Shard a Zento 18x18 went down and someone chop 1 of those boxes and he had a horse standing on top, so no one could see what he did. 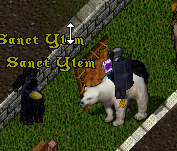 so Instead of a full 18x18 house, he was able to magic placed 2 houses on the same sec, side by side, while everyone else ofc was trying to place a full size house, but only He knew what he did and he placed BOTH houses.

2nd example happened last night and someone lost his Tram KEEP last night because this situation.
there were an atlantic idoc 18x18 trammel house, ofc another 15 hours Idoc, no one was there at 5 hour, no one was there at 10 hour and than ofc the "lady Spring" decided to gate the whole shard and all of sudden there were 200 people, I will not even comment on the matter that the whole house went poof in 2 secs, what matter in this post is that the peson that had a Keep behind the Idoc, was trying to move his Keep to the front and with everyone saying "Dont do it" He decided to resize his Keep in order to move the same few steps to the front, and as we already knew that this would happen, 3 min after he resized his Keep, someone chop a box and Because WE ALL KNOW that is useless to page a GM, guess what happened????? HE LOST HIS KEEP. 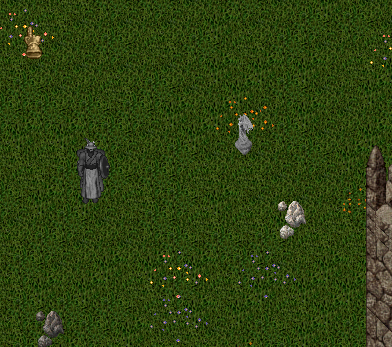 since he couldnt place the keep back, he took too long waiting for a GM that we all knew would never show up anyway and someone else placed towers, and 7x7 and 18x18 and He lost his Keep.

so now, @Mesanna , how many more people will loose their houses? because something that you promise fix few years ago??, every time a Luna goes down or someone try to resize them, or a castle or keep goes down, people always bring those boxes and chop them and the owner LOOSE his home.

every time one those houses go down in felluca , when the area is finally open to be placed, you will have 10 houses  7x7 , because there is corpses blocking the whole area?