psycho Posts: 200
December 2019 in Bugs
Hi,
I am the previous govenour, and Ive discovered a bug in the current city elections.
I just voted for myself 15 times, and if I wanted I can vote another 50.
Just tried it on normal subscription account and EJ account, both can vote at the city election over and over again.
Now whether this only applies to one city election or all on shard, or all shards I dont know.
I only have chars in Yew city Europa shard.  Please look into this 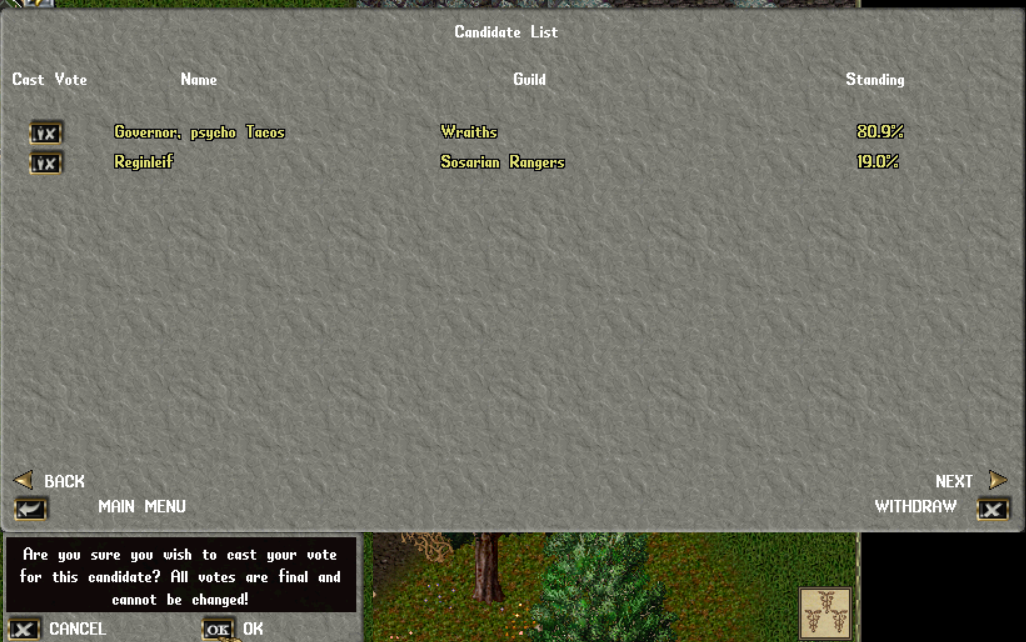 If this does not get fixed by the time election end I will vote a million times to ensure the victory.
Thank you for looking into this.
election.png 356.7K