username Posts: 144
December 2018 in General Discussions
VvV items are being abused in Trammel similar to the old faction gear. Players that have no intention of PVP-ing nor leaving Trammel are able to claim 4 artifacts for free without ever doing anything in the VvV system. These artifacts last a VERY long time despite having the 'Antique' property and are more powerful than their original counterparts. This goes against the spirit of these items and devalues a lot of bosses/content in the game.

I propose two easy changes:
Combined both of these changes would impose active participation in the VvV system to continue the use the artifacts.

What's my incentive to get a real Ornament of the Magician? Crystalline Ring? Crimson Cincture? Primer? Etc. 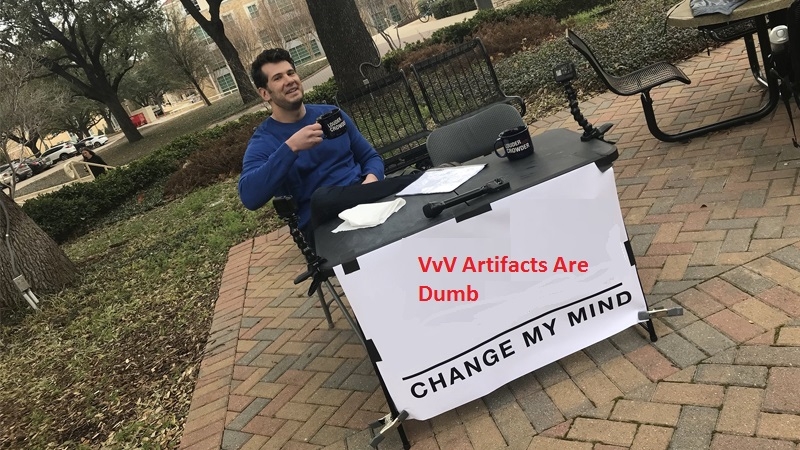 Make this your signature if you are tired of Vendor Search being broken, over 1 year and counting.
Vendor search rendered useless after Publish 106 – Forsaken Foes on August 14, 2019.