Dixie_of_Chessy1 Posts: 61
January 2021 in General Discussions
There are a great many things that annoy me in UO, tiny tiny things that could be easily fixed..and ive decided that im just gonna get on here and gripe about them like everyone else does. So lets start with stabled pet menues.  I have bought tokens to have extra pet slots, which means i have right around 30 or so pets currently.... i am also old and senile and remembering what Dr. Mombo is is completely out of the question when i cant even remember where i laid my cordless phone.. so this is what i propose... a more hassle free pet menue, a menue where u not only see the name of the pet you are claiming but u also see what exactly that pet is. i threw this together on photoshop. 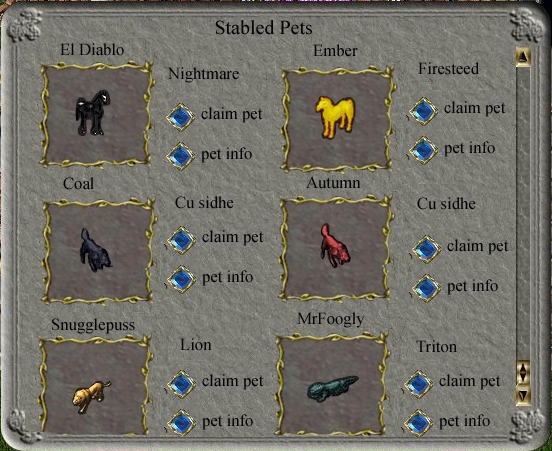 \
now with menue u could see what your pet is, and in the case of CUs u could also see what color they are. you could also click on the Pet info button just to the right of said pet and see all the info you could access by loreing  you would simply scroll down to see the full info 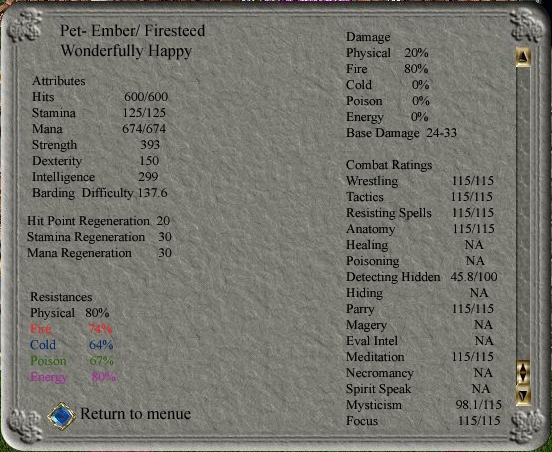 and while im on the subject of pets, you have these nifty critters here which i would love to use because i love snakes but for some reason they can only be 2 slot pets....Kyronix i have bugged you about this for years now and i have no plans on stopping with that any time soon 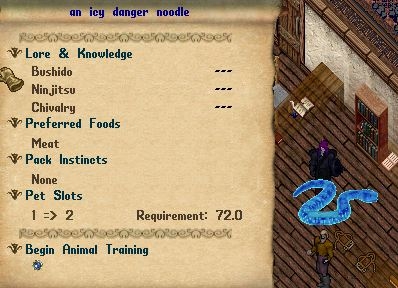 ^ really needs his slots raised to 5

more gripes to come with photos!