psycho Posts: 200
September 2020 edited September 2020 in Bugs
On the black gate quest,  the NPC outside britain, questname: In service of the poorhouse
The NPC ask for 3 tings, white milk, bread loaf and shoes.
The NPC baker at britain sells bread loaf, however he got two types in the list. Only one of them is the correct one, the other cant be toggled as quest item.
How are new players supposed to know the NPC baker has two types of the same item, look the same and exactely same name.  only difference is the price, one at 3gp and one at 13gp.
If I rememebr correctly the trade quests had alof of this bugs too, the problem occur when NPCs sell identical items of same type (yet they are not the same  itemID)
Shard: Europa
Location Britain bakerhouse and NPC lolo outside britain
Time: 24/7
See picture 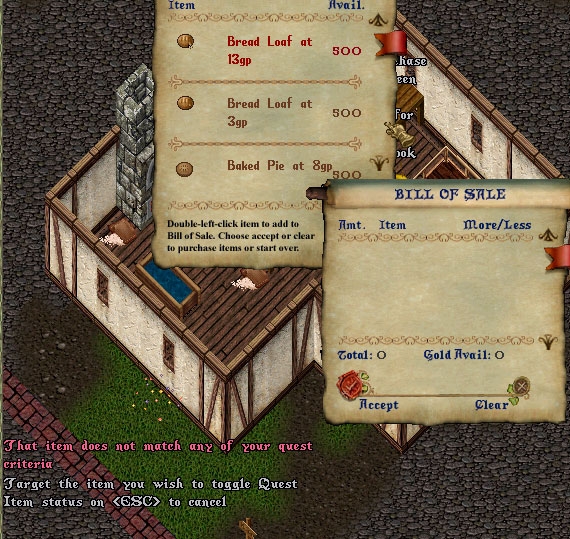