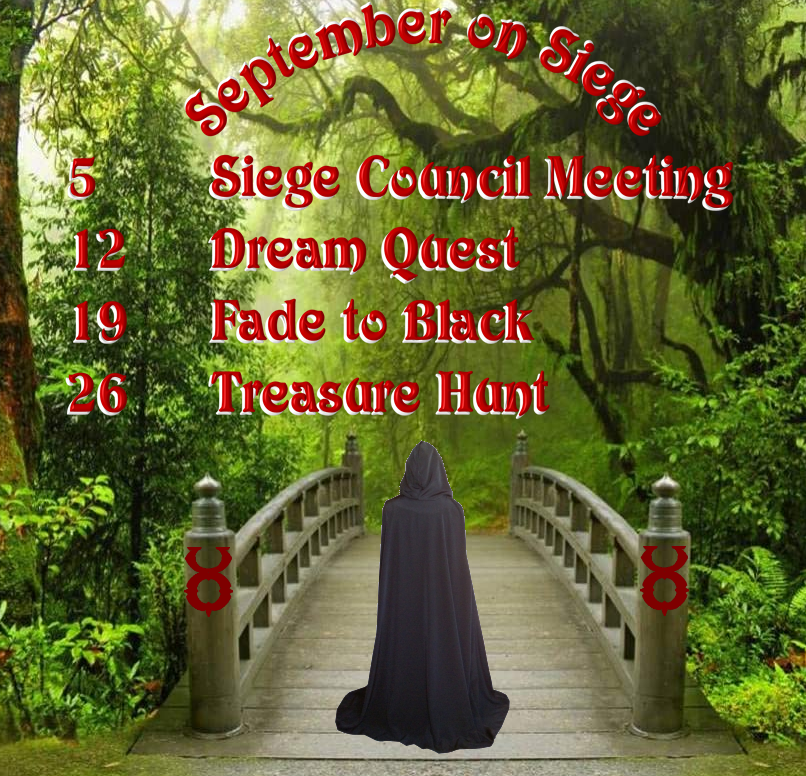 Note to [NEW] (and any other newcomers on Siege...and the poor people of Siege...) :
The type of event on the 26th usually provides some decent loot, so come along, even if you're terrible at killing things. If a NEW supporter would like to collect the debris after the event, it'll be in the EM hall.

All events will kick off at 5pm EST from the EM Hall. Gates to the hall will appear at all major banks and player-run teleport hubs.