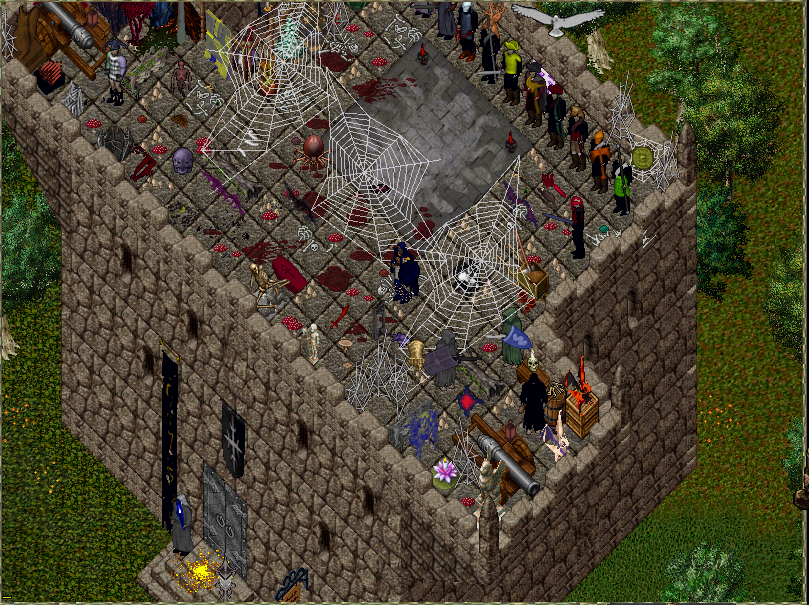 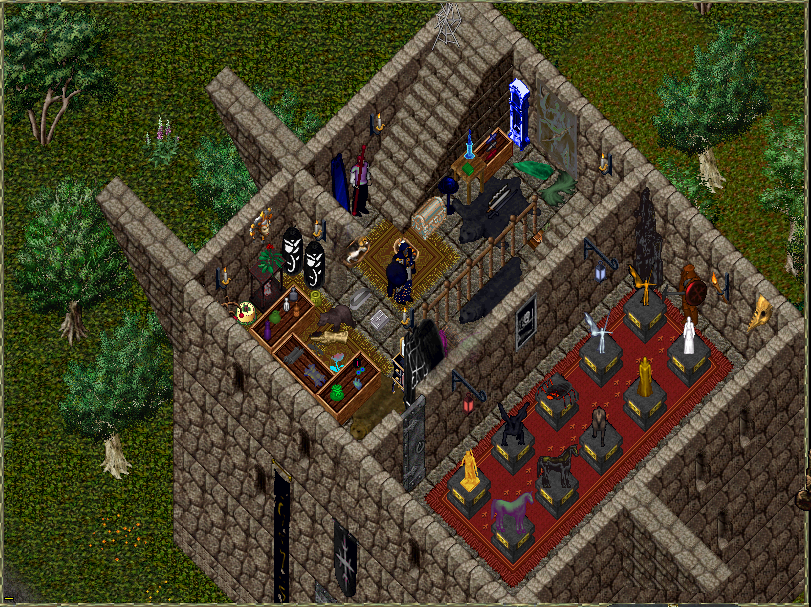 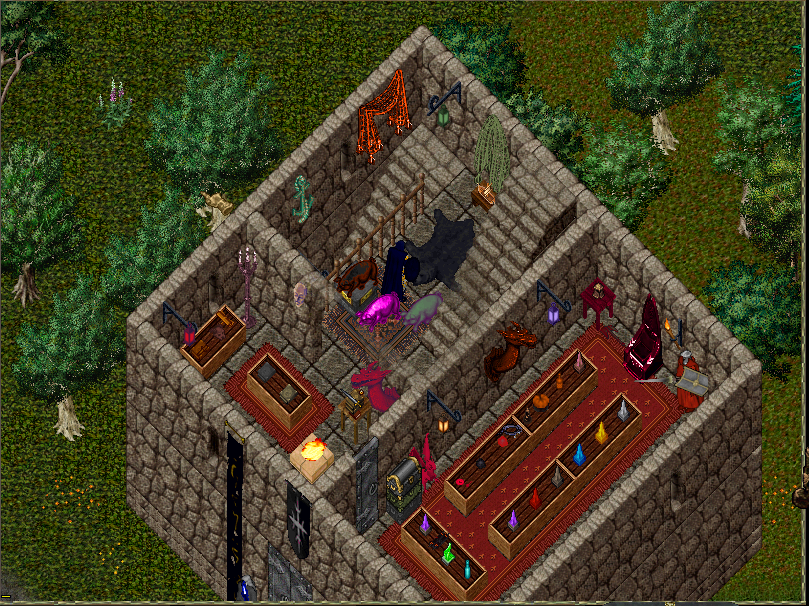 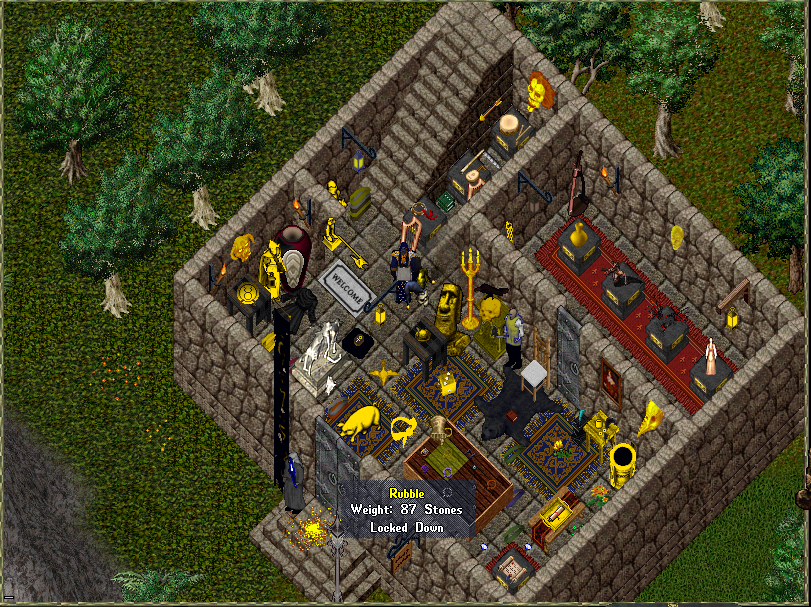 Hi Devs, I've been away for a bit, and just back, and find out the Navrey holes are broken, by the addition of a new spiral staircase, as mentioned in the newsletter.

I don't know the individual cases relating to the other shards, but on Europa it seems a bit of a shame what is happening.

I've always liked these items, they were a nice incredibly rare unique addition to the shard. I understand there have been dupers on other shards, and I understand maybe you feel action needs to be taken to correct the game. On Europa, I feel the item was dealt with very responsibly. A public network was set-up, a rares museum was built around the Navrey hole for players to see as they came to and from Navrey. The item has never been traded, and full public access has always been maintained. It feels like you are taking down a community asset.

These were server birth items from the 2009 Stygian Abyss expansion, and in general, server birth items have been allowed to stand? The accidental introduction of server birth items at the start of the game proved fun and even created an entire gamestyle in itself of rare collecting and promoted more Rogue stealables to be introduced ingame which expanded on the theme.

Why am I interested? Ok, I use the hole, its nice and easy, of course I know the real way down there.

On Europa, its also owned by one of my guildmates, a really great friend for many years. It's quite a huge loss to him, he can handle it, he doesn't actually want to make a fuss, but I think the topic is worth raising again. I know there have been other topics, I know there are many opinions, and I know you have been shutting topics down, and are not backing down on this in any way. My friend is among the most avid rare collectors ingame, he just loves it, it's what he plays for, and it's nice seeing his enthusiasm, and what he has created - he has been collecting since 1999. Our guild have PvPers, we have PvMers, he is our Rare Collector with all that knowledge. I do understand rare collecting is a risky business, and that at any time something can come along and completely wipe out an item, as has happened, it's why I don't do rare collecting - I only PvP, and collect equipment my characters can use.

Above are images of my friends rares museum, with the Navrey hole on the top floor, my question is obviously, is there anything you can do, I feel he has done enough for the community and behaved responsibly enough for it to not to remain broken or have to go to the EM Hall - lets be fair, he has outlasted most ingame comings and goings, including EM's and other game concepts. I personally believe we are a safer pair of hands....