Deraj Posts: 81
March 2018 in Catskills
Breaking news - a recent gathering in Nujel'm turned violent, leaving several dead. The Nujel'm elite are furious. It has been known for some time, ever since the Nujel'm issue came up at last month's council meeting, that Governor Ine Dir'ath of Trinsic and Reverend Enoch of the Fellowship of the Broken Ankh were planning to visit the reclusive island-kingdom to speak to the people following recent revelations of a Nujel'm slave ship crashing upon the shores of New Magincia, with only a single survivor. The survivor, a young woman, had been kidnapped from her home and made to be a slave. The exposure of this crime was met with profound outrage, leading to Governor Ine and Reverend Enoch swearing to stand for the oppressed people of Nujel'm. 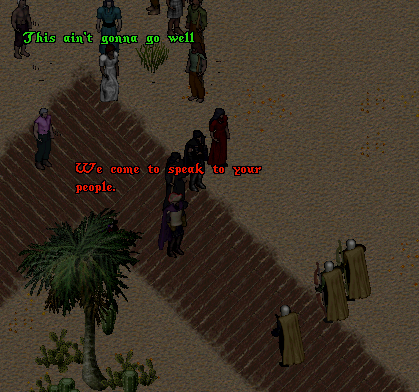 It has been noted the a party appeared on the shores of Nujel'm several days ago, among which was seen the Reverend Enoch, Governor Ine, Governor Dezera Blackwell of Jhelom, and Governor Holly Bloodhand of New Magincia. This illustrious crew disembarked near the filthy hovels and huts of the impoverished serfs of the peasant district, to encounter a gathering of the discouraged, oppressed people near the gates of the city. Immediately moved by this sad scene Governor Ine and Reverend Enoch went to work uplifting the battered spirits of the people. Yet it did not take long for the Nujel'm elites to take notice. 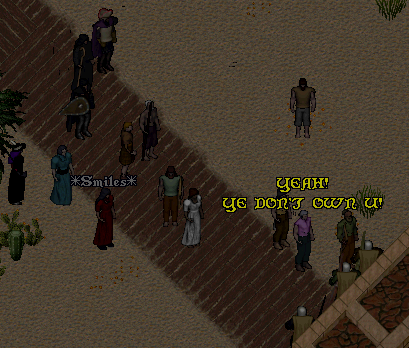 The intrepid do-gooders and the good people they were attempting to help were soon met by a regal phalanx of Nujel'm guards bearing the gilded crests of their wealthy masters, their very presence immediately darkening the air and intimidating their conquered serfs. Thinking quickly, Governor Ine and Reverend Enoch took turns keeping the guards distracted while the other worked their noble and virtuous message to the people. Having lived under the whip for so long, the spirits of the people of Nujel'm were swiftly uplifted, not unlike a thirsty man quenching his thirst after wandering a desert for three full days with nary a drop to drink. The people themselves, emboldened by Governor Ine's fierce words and spirit confronted their oppressive guards on their own. 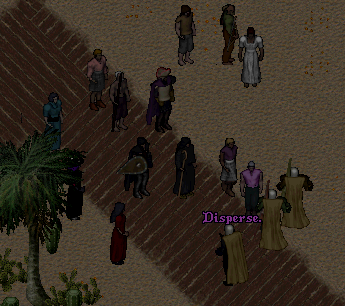 Unwilling, and perhaps too proud to allow such free will to exist among their so-called "inferiors", the guards assaulted the peasants in an act of unspeakable cruelty. Without even a second thought, like a reflex buried in his bones, Governor Ine swiftly jumped into the fray to defend the good people. Tragically, two guards fell dead during their assault, while the third was merely wounded. The people, now invigorated by their newfound sense of freedom, chanted praise upon the two speakers, Reverend Enoch and Governor Ine as they and their party departed the island. 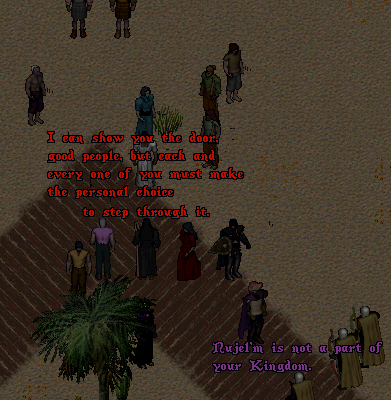 Despite the peoples' victory, matters in Nujel'm are still marked with tension. The Nujel'm elite are furious over the death of the two guards and the uninvited intrusion of the freedom fighters, and are reportedly demanding a resolution. Rumors say a representative may be sent to the next council meeting to demand what they consider justice. There is such great instability in Nujel'm that there have been whispers of a need for an intervention to keep the peace and prevent further death. Only time will tell how this situation will develop.