There are two ways to create a memorial for a player who has passed away.

The Primeval Lich Champion gives six different styles of headstones. These can be engraved with the statuette engraving tool, which is available from NPC tinkers. You can then lock them down in your house for a private memorial.

You may request that an EM place a memorial in a public place. Please e-mail me with the information below. We will work with you to create a fitting memorial. Please keep in mind that the EM must send the memorial request to Mesanna for final approval before placing the headstone. 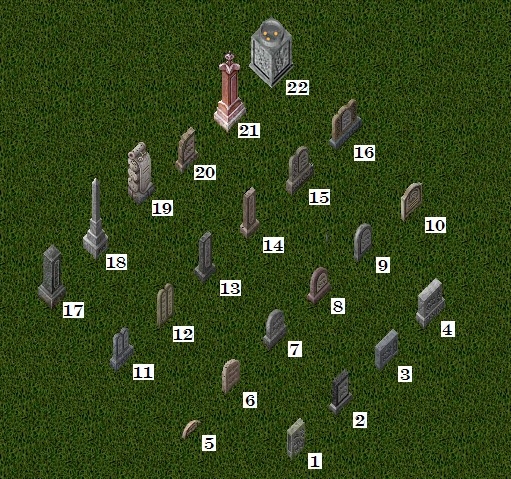 Big thanks to EM Elizabella for writing this up and allowing me to repost this from the GreatLakes UOEM website.