Tanager Posts: 634
November 2019 in General Discussions
I will report this in Bugs section if it is new, but I am asking here first because it is more likely for some who knows if it is an old bug will see it and let me know. I honestly don't remember this being like this, but maybe I have forgotten... The required component is a basket of green tea, but should not be the name of the finished product. 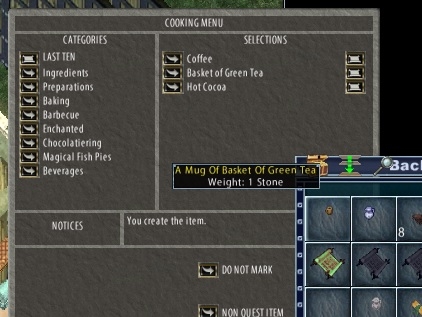