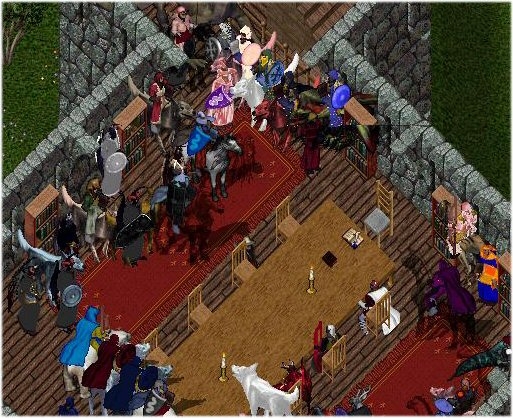 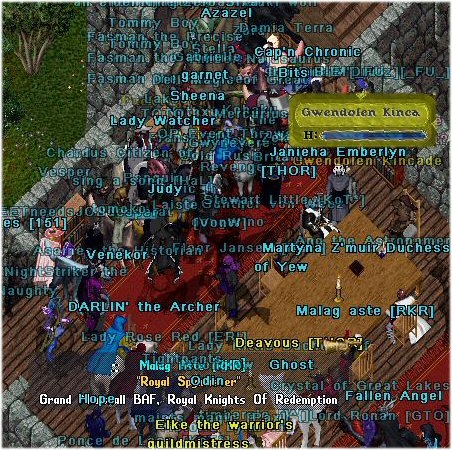 Gwendolen Kincade:  *looks through notes* I don't have any sort of grand quest for you this evening.  This might hold some interest though.  Over the past few weeks, there have been unsolved murders in several different towns.  Cove, Vesper, and Minoc are all reporting that local authorities have been unable to bring the culprit or culprits to justice.   So I would like for you to try to go to all those towns and offer your assistance tonight.
It will likely be uneventful. Are there any questions?
*questions?  of course there was, pass weeks, which town first, contacts etc. ?*
Gwendolen Kincade:  I'll gate you to the scene of the Cove murder.
*The crime scene, Cove Grave Yard* 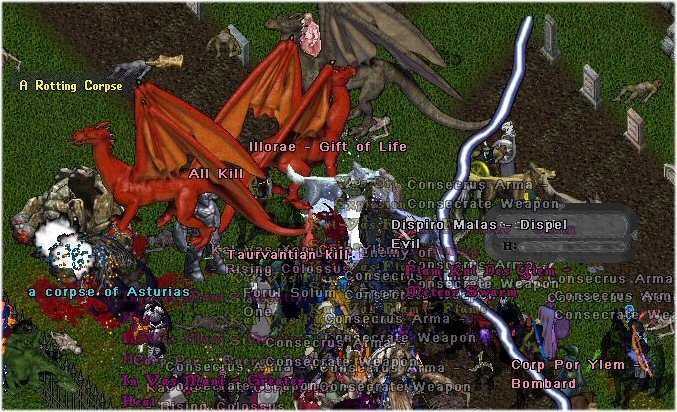 *There was no one to meet us there except undead, which the RBG made sure to eliminate.*
*the clues* 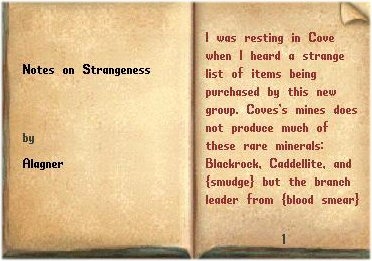 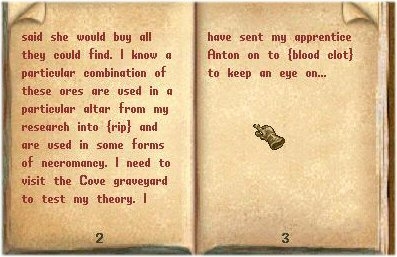 *Vesper customs was the next site of another unsolved murder, chaos was still unbound as local thugs tried to waylay the RBG, they quickly learn the wrongs of their ways.* 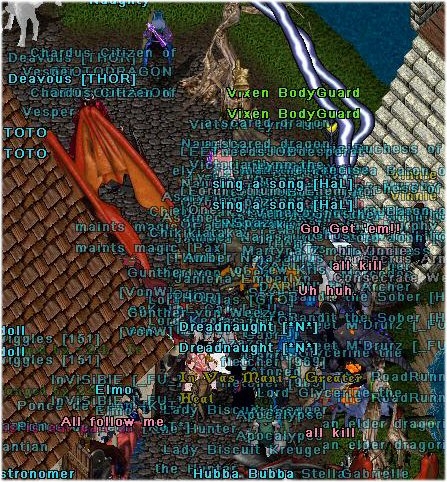 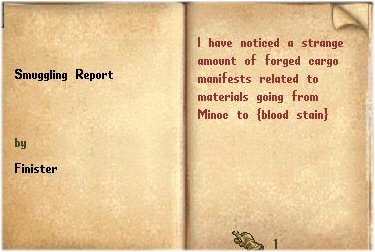 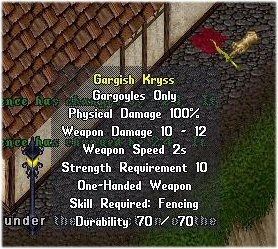 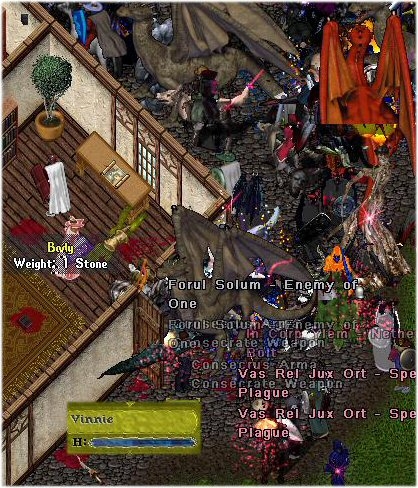 *Minoc was the last stop, just shy of the town at the gypsy camp, here the RBG met some very angry protesters and the Gypsy King.  Its here that two bodies were found, both murder by the same weapon as before with all the other murders, a bladed weapon.* 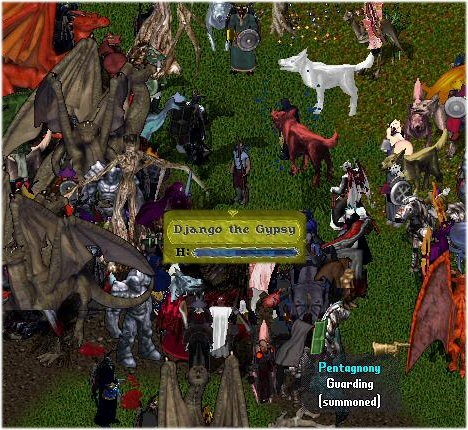 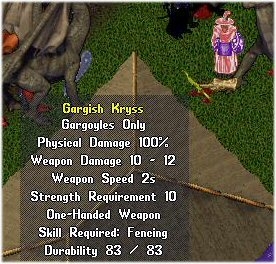 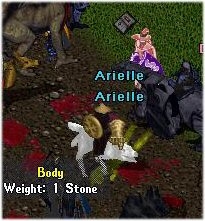 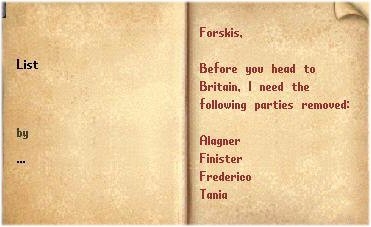 *RBG HQ, debriefing*.
Gwendolen Kincade:  *looks through book in front of her*  Please report on your findings.  *listens*
Kittie: Pretty sure Forskis is behind all this.
Gwendolen Kincade: Behind all four murders?
Kittie: yes
John: Forkis, under the directions of persons unspecified, committed all four murders, as best as we can tell.
Vixen:  The city guards are fellowship members and are doing next to little or nothing to solve these cases.
Gunther von Weez: The Fellowship's hands are all over this too
Gwendolen Kincade: *frowns at report on city guards*
Martyna Z'muir: And a certain Britain-based group is probably the one behind him.
John: The Cove murder took place because the victim had caught onto the use of necromantric magic involving blackrock, cadellite, and something else, being performed by an unknown group.  The name of said group was conveniently rubbed out of documents we found
Gwendolen Kincade: *listens*
John: The Vesper murder took place because the victim had noticed possible smuggling from Minoc to a place that, again, conveniently was rubbed out of a document we found.
Gwendolen Kincade: Something must be done about this! Townsfolk should be able to rely on their guards.
John: And Minoc, while we found no documentation of the motive, it is very curious that both victims were opposed to the Fellowship.
Martyna Z'muir: Ban the guards from joining the Fellowship.
John: The Guards, who have been alleged to be infiltrated by the Fellowship, chose not to report a murder to my wife, again very curious.  The only evidence the gypsy accused of the murder did it is a confession no one heard, whereas we have some evidence, however vague, that the gargoyle did it.  Something beats nothing.
Gwendolen Kincade: It's spreading from town to town. *looks horrified*
Vixen: *nods*
Gwendolen Kincade: We should meet again soon, let's say on Saturday, and put a stop to this.
Thus ends this report!
Remove Trap = Bad News
for
Treasure Hunters
Drakelord#5598