The City of Yew proudly presents a new monthly contest for all the citizens of the Realm to enjoy: The Beast of the Month Event!

THE GAME:
Each month a new Beast will be announced by Governor James of Yew and will follow the same criteria as The Huntmaster’s Challenge to determine the winner (greatest weight, length, etc.) Hunting Permits must first be purchased from the Huntmaster, who is located inside the Rangers' Guild of Skara Brae, in order to record the date and measurements.
Hunters can then submit their Hunting Permits to the mailbox located at Greystone Castle in Yew. The Castle has a brass sign, which reads "Beast of the Month" and is South of the Yew Moongate just before you reach the road (47-33'N x 35-22'W.)

GRAND PRIZE:
The monthly winner will receive their choice of any non-account bound item(s) from the in-game UO Store valued up to and including 500 Sovereigns!

Third Runner Up:
One Million Gold 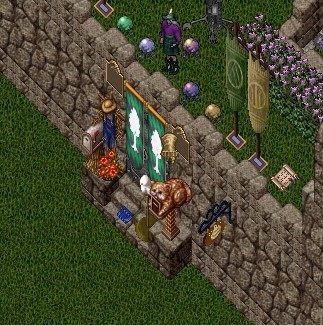