Breaking News: King Blackthorn turned into a toad by Phoebe Nox, Fens Witch. It appears Phoebe has become unhappy with what she sees as the King’s inability to rule and keep the Sosaria. She found an ancient recipe that she believed would enable her to make a change to e King Blackthorn’s appearance and show him to be the slacker she believes him to be. The ingredients for this spell were extremely difficult to obtain. One ingredient was a very rare fish called the King Fish. Some believed this fish to be nonexistent, just a fable. To obtain this fish, Phoebe ran a fishing contest, seeking a King Fish as the grand prize. Maia, a legendary fisherwoman from Vesper believed the fish did exist and set out to win the grand prize. After months of trying, Maia caught the illusive kingfish and won the contest. Phoebe used that fish, among other ingredients to create a potion that would enable her to turn King Blackthorn into a toad. At the end of the Governors’ Meeting, during the people’s time to talk, Phoebe approached the King, threw the potion at the King. In a Fiery explosion, King Blackthorn was turned into a toad. He immediately ran out of the chambers, seeking help from his mages. At this point, no one knows the outcome of this astonishing transformation. 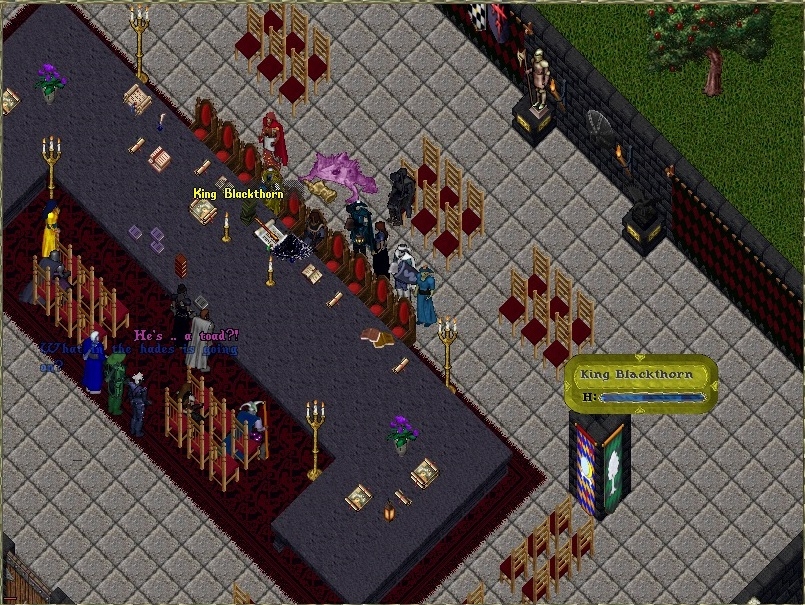 Moreno and “The Family” Not much as been heard this month from this criminal element. Rumor has it, he had some type of ceremony, giving some of his most loyal members titles for their criminal work. There have been some sightings of his people in several cities, but city guards are on the watch for them with instructions to arrest on sight.  If, indeed, they titled, it will help identify them as they enter our cities. King Blackthorn is most concerned and has put his best people on the case. Report any sighting to town guard and reach out to Roysia and/or Tanila with any information you have.

Troubles in the Yew Woods continue. Reports of eerie sounding chimes are coming in from Yew, along with reports of missing farmers and crafters. King Blackthorn reported last night at the Governors’ Meeting that he had in his possession the reeds (a flute) of the evil entity known as The Mad Piper. Based on legend, The Mad Piper played his flute, a sorrowful tune, and everyone who heard the flute started to dance and dance and dance never stopping until they died. King Blackthorn suggested that the ritual that took place a while ago in yew was the summoning of this evil entity. It appears the Piper has been playing his flute and destroying wood areas throughout the Yews deep forests.

Istilekai the Fairy came seeking help. She said her homelands were being destroyed by the Piper and if the King could not help her race would soon be without homes. Radim assembled the citizens of Sosaria and went to aid Istilekai. They saw her homelands in flames, angry trees attacking, dragons and cultists, heard eerie music and saw people dancing with odd looks on their faces. The citizen group managed to slay trees, dragons, and cultists until they came upon the source of the eerie music, The Mad Piper. Radim’s group was able to save the forest, and they managed retrieve the flute, but The Mad Piper escaped from their grasp. Radim brought the reeds to King Blackthorn. Little is known at this time about the flute. Is the magic in the flute? Does the Piper have the magic and can create a new flute? Or does the Piper need the flute to channel his magic? King Blackthorn will keep the flute in his possession.  Radim has been assigned the task of uncovering more information about The Mad Piper. It is believed The Mad Piper will come seeking his flute at some point. 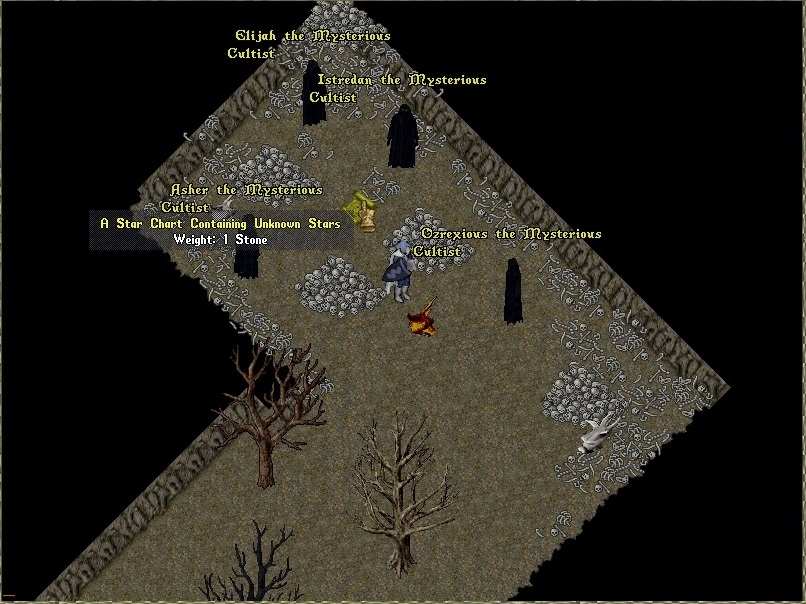